As I grow out of my thirties, I'm quickly realizing that my health duties have to change.  I need to pay more attention to my mind & body...and it's limitations.
In my twenties, I could live on three hours of sleep, a cup of coffee and air.  If I were to try this now, I would probably be imprisoned for murder.

I've been feeling like crap (for lack of a better word) for months now.
At first I thought if was just stress due to my Grandmother's passing and some other 'drama' going on in my personal life last summer.  But as it turns out, it's hormonal.  At least, that's what I think it is based on endless Google searches like, feeling like crap, feeling dizzy and irritated, women who want to hurt people for no good reason etc, etc.

After a couple months of suffering with the dizzy spells and lack of energy, I went to see a doctor (my family doc is on mat leave so I met with her replacement) who quickly surmised that I'm having Estrogen problems.  Basically, I'm unbalanced.
Her solution?  Monitor my symptoms, take notes and if I don't start feeling better in a couple of months, come back to see her and she'll put me on the birth control pill.  That's her solution.
No mention of managing my stress levels, no mention of diet & excercise.  'Just go on the birth control pill and leave me alone' is what she's thinking.
'Quack!' is what I'm thinking.

Of course, I look for natural ways to balance myself out and I find it with the help of an Aunt who is a holistic nutritionist.
I'm downing ten different vitamins and supplements a day but it seems to be working.  I still feel unbalanced sometimes but not nearly as much as I did a few months ago.  I feel more in control.

I never wanted to be one of those women who blabber on endlessly about their hormone problems.  And I certainly never thought I would have hormone problems in my thirties - I thought I would only have to deal with that when Menopause comes knocking.
However, as we all know, life is unpredictable so here I am, writing about hormone issues.

A lot of women struggle with symtoms like dizziness, irritability, nauseousness and just a general feeling of being 'off' your game'.  If you're feeling this, start researching hormone levels and just how important they are to your overall health.  You will be amazed.

So, during times of strife, I like to drown my sorrows in situation comedies.
One of my favourite TV shows is The New Adventures of Old Christine.
At the end of season 3, Christine starts to feel unbalanced and tired.  So she goes to her doctor who tells her she's starting to go through early Menopause.  She refuses to come to terms with it because it makes her feel old.  But her symptoms become unbearable so her friend Barb, gives her some 'lady cream'.  It's really just testosterone cream.

Here's what happens when we get too much testoterone, ladies - take notes!

So the holidays are upon us.  It doesn't take long, does it?
Every December I say things like, "I can't believe it's Christmas!  Feels like the summer just ended!" and "Where did this year go?".  That's one of my favourites.
Where did this year go?
I can tell you what I was doing all year: working.

When my dog died a couple years ago, work was my savior. I poured everything I had into my career not just because I love what I do but because I wanted to limit the time in my home as much as possible.  Everthing in my home reminded me of him.  From the front door where he would stand, tail wagging when I came home to that corner of the living room where his bed used to be.

After awhile, it got easier to be home without feeling sad.  His presence has faded a bit over the past year but the memories are still here - only the good ones.
The last year of his life was quite difficult.  He was very sick and I had him in doggie diapers for over a year because I refused to let him go.  It was a really stressful time.
When he passed away, those memories were fresh and hurtful - I never thought I would have to struggle to recall them.  But now I do.  It's funny how that happens.  When someone we love dies, we don't remember the difficult times for long.  It's like a blessing the grieving process gives us.

My Grandmother died on October 14th and thus far, I have not fully mourned her.  I haven't even taken a day off work.  I'm afraid of mourning forever once I get started.  I'm afraid that I'll only remember the last three years of her life; sitting in a wheelchair in a convalescent home barely recognizing her family.

So like any good Capricorn, I've thrown myself into it my work, hoping that it will be my savior again.
But I know it won't.  I'll have to get over the bad memories so I can get to the good ones.
I'm not ready for this yet.

When life throws you the heavy stuff, you can either accept and deal with it or....you can postpone.
I prefer the latter.

Posted by The Uneasy Writer at 5:09 PM 2 comments: Links to this post

Lately, I've been working in a pressure-cooker.  Normally, during times like this, I go into 'Control Mode' and attempt to micro-manage everything and everyone around me.
But the sad truth is, I'm finding it hard to care.

There comes a point in everyone's career that makes them feel this way. You know, that feeling like no matter how hard you work, shit happens so why care so much?
For me, I think it has a lot to do with age and the fact that I want to start focusing on more than just making billion-dollar companies even more money than they could possibly ever need.  In other words, I want to shake-off my 'Workaholic' label.

I wrote a while back about the pitfalls of working at a management level, ie. managing people.  But it's not just managing your direct reports that causes headaches, it's managing the relationship with fellow managers/colleagues.
There is absolutely no course in school that can prepare you for dealing with fostering relationships with your colleagues.  It's something that you learn over time.  It's something that you need to work at every day (much like your personal relationships) to ensure a positive work environment.  And it's the key to success for both you and the company you work for.
Am I good at this?  Kind of.  Although lately, I feel like I'm losing my edge and I feel the Control Freak building up inside of me again.  I'm trying hard to keep it at bay.

I'm going to start planning my next vacation - travel always has a way of settling my nerves.  And maybe, just maybe, I may start caring again.


Posted by The Uneasy Writer at 2:20 PM 2 comments: Links to this post

But I have been writing - promise!

Posted by The Uneasy Writer at 1:39 PM No comments: Links to this post

Good Help is Hard to Find

I've always worked extremely hard at my career and after many years, I'm finally getting recognition.  Not because I'm the best at what I do but because I entered the right company, at the right time.
Don't ever roll your eyes when someone tells you, 'Timing is everything' because it really is.

However, that wasn't the only factor helping me on my road to success---I work my fucking ass off.

So, now that I've reached a point in my career where I'm getting recognized and rewarded, I must also have to wear the big, ugly hat of managing people.

In case you're new here, my favourite saying is;  I hate people.  Can you see my problem?  I much prefer firing people than hiring them.
However, I think my main problem is, I don't know how to convince my boss that it would be easier to clone me than to find good help nowadays.


The young people of today (you know who you are!) are good at two things:
I guess the problem is, they came from the Helicopter Parent Age.  You know, the Mom or Dad that fight every battle their child will ever have.  The parent who thinks it's ok to call their child's manager to ask why their son or daughter didn't get the raise they 'deserved'.
Scary, isn't it?

Well, get used to it because this is the future.
Posted by The Uneasy Writer at 7:44 PM 8 comments: Links to this post

So it's Mother's Day which doesn't mean much to me since I no longer speak to my Mother.
However, I wished my Grandmother a 'Happy Mother's Day' since she's really the only Mother I've ever known.

Happy Mother's Day to all you deserving Moms out there!
Posted by The Uneasy Writer at 6:43 PM 2 comments: Links to this post

Sure, you're quiet now but for how long?
How long can I keep you under my shaky thumb?

Sometimes I think of you when I've had a stressful day or feel the need to invade a drawer full of sugary snacks.
Your voice is still there but you're speaking very low, I can barely hear you.  That's good.

It's been awhile and you're probably thinking I miss you about now, just as things in my life are about to get even more hectic.
You're thinking I'll come back or that your voice will be heard again but not this time.  Not right now.

While the picture of my busy future comes into focus, I worry about being able to handle and juggle life without you.
I worry about not having what it takes to keep you at bay..it's exhausting just thinking about it.

But I must prepare myself to do battle with you again (someday) because you're never going to be gone...for good.
Posted by The Uneasy Writer at 6:33 PM 1 comment: Links to this post

Dictionary.com Word of the Day 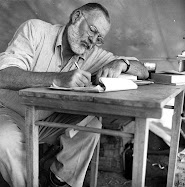 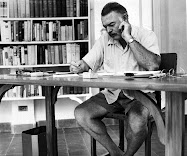